Help us find what you're looking for

Back to search results

More results from this venue

Harrison & Hetherington's farmstock business dates back to 1870 with its Borderway Mart at Carlisle now one of the largest and leading livestock sale centres in the UK, handling some 800,000 head of cattle and sheep on an annual basis and providing a proficient service to sellers and buyers from all geographical locations, including Europe.

The company operates eight other marts: Kirkby Stephen, Lazonby and Broughton-in-Furness in Cumbria; Middleton-in-Teesdale in County Durham; Lockerbie in Dumfries and Galloway; Newcastleton and St.Boswells in the Scottish Borders and Wooler in North Northumberland. Specialist livestock sales are also conducted at various other sites culminating in 120,000 cattle and 680,000 sheep sold either by auction or private treaty annually. 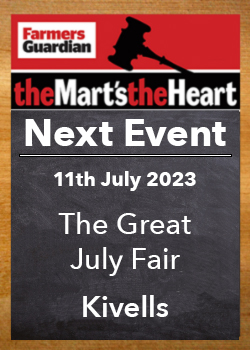